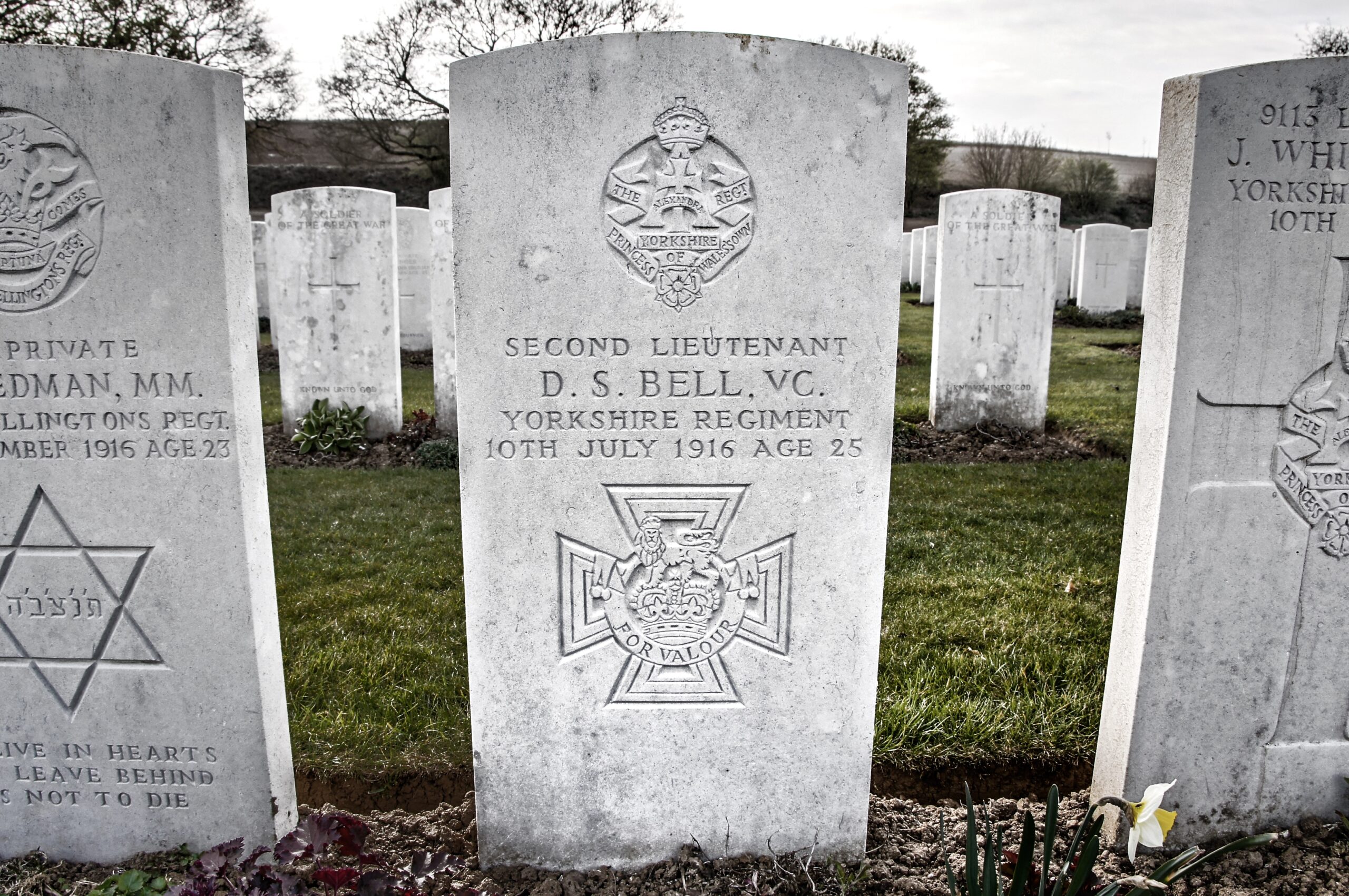 Donald Simpson Bell was a former professional footballer who won the British Army’s highest decoration awarded for valour, the Victoria Cross, on 5 July 1916 during the Battle of the Somme.

Bell is believed to have been the first English professional player to enlist during the First World War, later earning a commission into the 9th Battalion of the Yorkshire Regiment (Alexandra, Princess of Wales’s Own) before being killed in action near the French village of Contalmaison on 10 July 1916.

The grave of Donald Simpson Bell VC is located in Row A, Section IV of Gordon Dump Cemetery, Oviller-La Boisselle.

The life of Donald Bell

Born in the North Yorkshire town of Harrogate in 1890, Bell attended the local Grammar school as a child and soon came to prominence playing a number of sports, including football and cricket. In September 1909, he moved to London’s Westminster College and signed amateur forms with Crystal Palace side.

Despite making a name for himself in the college football, cricket and rugby teams, Bell would make no appearances for Palace. He would then return to Harrogate on completion of his studies where he got a job teaching English at Starbeck College.

Football continued to play a significant part in Bell’s life however, and after a brief amateur spell with Newcastle United reserves and Bishop Auckland, the 22-year-old signed his first professional contract with Football League Division Two side Bradford Park Avenue in 1912.

Bell made his Park Avenue debut against Wolverhampton Wanderers in 1913 and went on to make five more appearances for the club as he helped them secure promotion to the English top flight at the end of the 1913/14 season. In August 1914, just days after the declaration of war, Bell asked his club to release him from his contract so he could enlist in the British Army. In November 1914, Bell joined the West Yorkshire Regiment as a private, before being commissioned into the 9th (Service) Battalion of  The Yorkshire Regiment, better known as the Green Howards, in June 1915.

The newly-married Second Lieutenant and his arrived in France in late 1915, where they were initially sent into a quiet sector of the line known as the ‘nursery’ near Armentieres. By the summer of 1916, they had moved south in preparation for the major Allied offensive astride the River Somme.

The opening day of the Battle of the Somme saw the 9th Green Howards placed in reserve near the town of Albert, however, they were soon introduced into the attack and ordered to assault a portion of German trench called the Horseshoe on 5 July. It was during this action that Donald Bell was recommended for the Victoria Cross.

As Bell and his made their way towards their objective, they immediately came under heavy German machine gun fire. With his men caught in the open, Bell traversed down a communication trench and attacked the post with his revolver and mills bombs – reportedly killing more than 50 German soldiers. Bell’s actions allowed his unit to eventually capture their objective and also saved the lives of many of his men.

Five days later, on 10 July, Bell was killed during another attack on a German strongpoint. Leading his troops across open ground, the 25-year-old was hit by machine gun fire and died where he fell. His body was later buried nearby by his men, with a wooden cross erected in his memory.

Just weeks after his death, it was confirmed that Second Lieutenant Donald Bell had been awarded the British Army’s highest decoration for gallantry after his actions at Horseshoe Trench on 5 July. The awarding of the Victoria Cross was officially announced in the London Gazette on 9 September 1916 and read:

‘For most conspicuous bravery (Horseshoe Trench, France). During an attack a very heavy enfilade fire was opened on the attacking company by a hostile machine-gun. Lieutenant Bell immediately, and on his own initiative, crept up a communication trench and then, followed by Corporal Colwill and Private Batey, rushed across the open under heavy fire and attacked the machine gun, shooting the firer with his revolver, and destroying gun and personnel with bombs.

This very brave act saved many lives and ensured the success of the attack. Five days later this gallant officer lost his life performing a similar act of bravery.’

The medal was presented to Bell’s wife Rhoda in a private ceremony at Buckingham Palace five months later by King George V. Bell was one of just two professional footballers to win the award during the First World War.

After the war, Bell’s body was moved from its initial burial place and reinterred at Gordon Dump Cemetery located in the valley below Ovillers-La Boisselle.  In 2000, a memorial was erected close to where Bell lost his life and in November 2010, the Professional Footballers’ Association purchased his Victoria Cross and campaign medals at auction for a price of £221,000. They are now on display at the National Football Museum in Manchester. 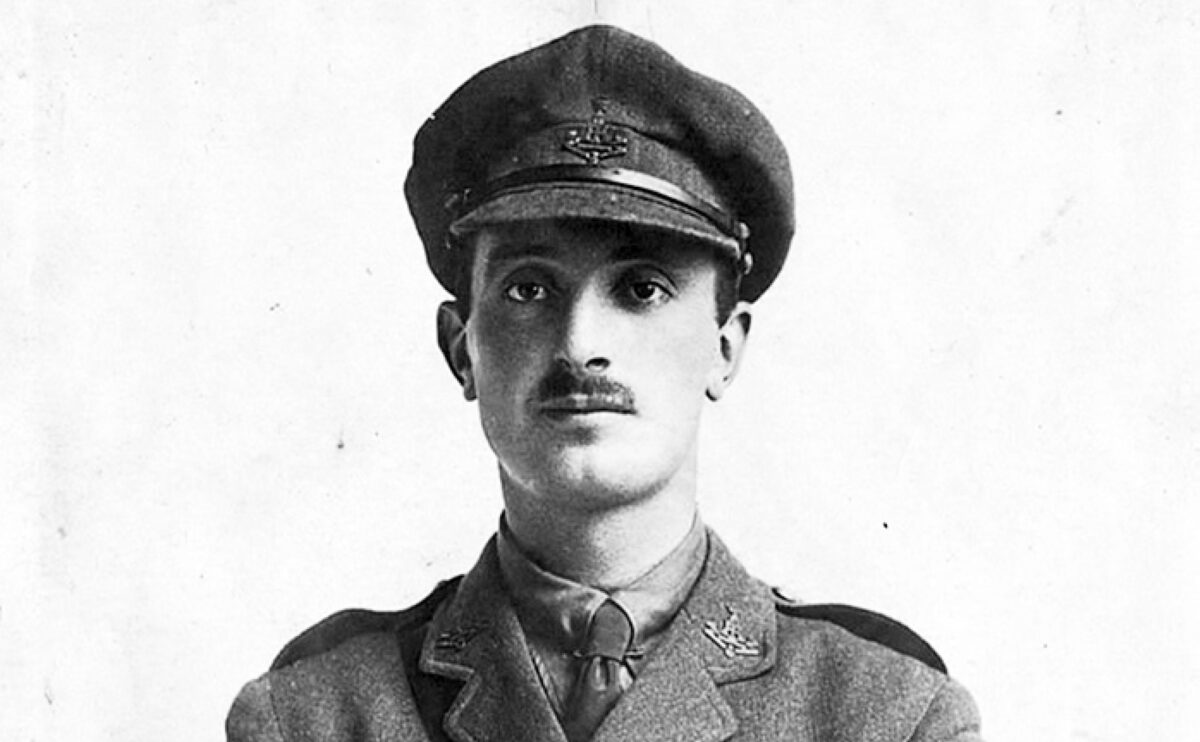 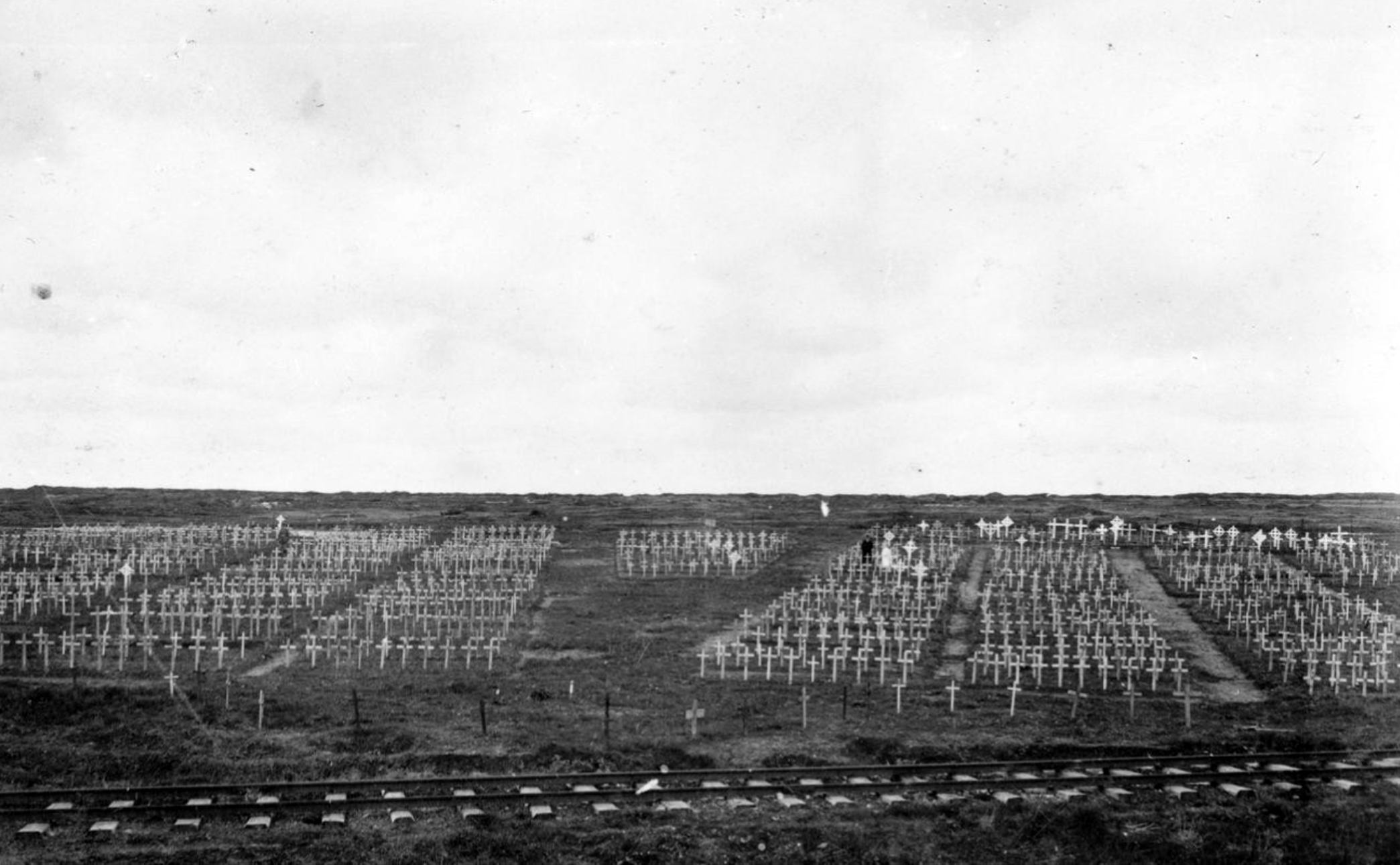