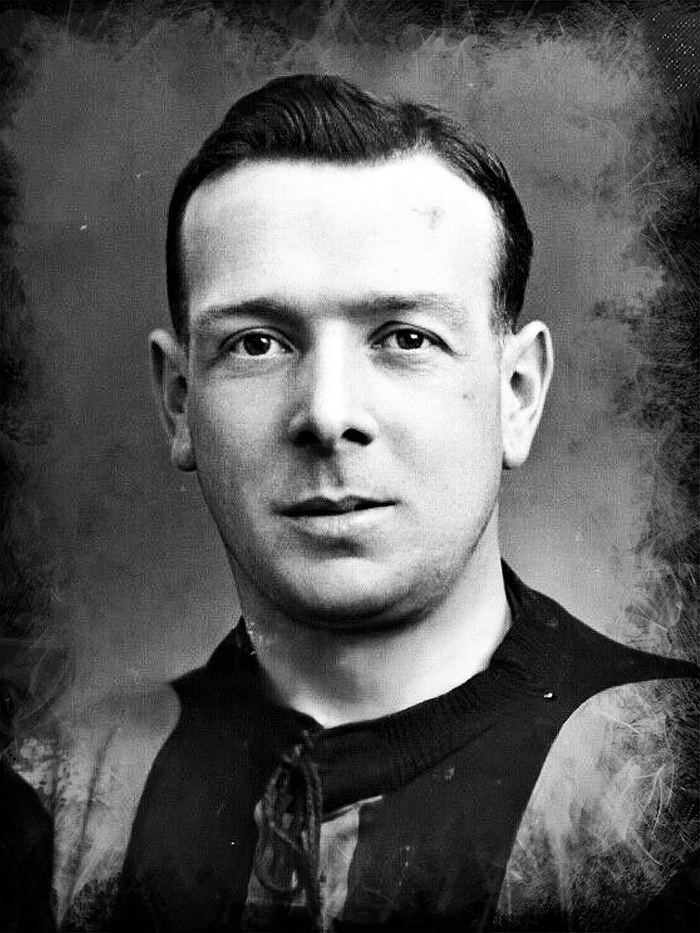 Arthur Potts (1888-1981) was born in the Staffordshire town of Cannock on 26 May 1888 and died in Walsall in January 1981. An industrious inside-forward, Potts played 63 Football League games for three different clubs and was part of the Wolverhampton Wanderers side that reached the 1921 FA Cup Final. During the First World War, Potts served as a soldier in the British Army.

After beginning his career at local side Willenhall Swifts, Potts moved to Manchester United in May 1913 and made his debut in a 5-0 loss at Everton soon after. In his first season at Old Trafford, Potts scored once in six games as United finished 14th in the First Division.

The 1914/15 season saw Potts play 18 times as he began to establish himself in the United first team. The First World War would put a temporary halt to Pott’s career, however, he did make a number of wartime guest appearances for Southport Central and Birmingham.

Potts returned to Old Trafford after the war and would play five times for United during the 1919/20 season. He then moved to Wolverhampton Wanderers for a fee of £100 in May 1920, making his debut on 1 September in a 1-0 loss at West Ham United. During his first season in the Black Country, Potts scored 10 goals in 35 games and would help Wolves reach the 1921 FA Cup Final, where they would eventually lose 1-0 to Tottenham Hotspur at Stamford Bridge.

Potts’ second season at Wolves proved less productive and after just seven further appearances for the club, he left in the summer of 1922 to sign for local rivals Walsall. Potts then had stints at Bloxwich Strollers and Dudley Town before finally retiring from football in 1931. He later became a publican and ran the Blue Ball Public House on Pipers Row, Wolverhampton. Potts died in Wallsall in 1981, aged 90.