Recruitment and propaganda posters were of huge importance to the way in which was fought during the First World War. The Parliamentary Recruitment Committee, chaired by Prime Minister Herbert Asquith, was created at the start of the War and would go on to commission more than one hundred poster designs, of which over 2.5 million were circulated around the country. The Committee also utilised regional political parties to undertake campaigns through the distribution of posters and pamphlets, while also encouraging them to organise rallies and other public events to boost recruitment.

Many posters employed sophisticated use of imagery which would, it was hoped,  provoke an emotional response in those of military age who were yet to enlist. Men were under considerable social pressure to join up and the propaganda value of the recruitment poster was obvious, either though direct appeal or through the more low-key nuanced messages that were contained in less-obvious designs.

One of the most famous recruitment posters is that designed and printed by Johnson, Riddle and Co. Ltd in late 1914. It is and appeal for men to join the newly-created 17th (Service) Battalion, Middlesex Regiment (1st Football) and features an alleged quote from the German newspaper Frankfurter Zeitung which reads:

“The young Britons prefer to exercise their long limbs on the football ground, rather than to expose them to any sort of risk in the service of their country.”

In response, the recruitment poster retorts: “We knew you’d come – and GIVE THEM THE LIE!’ PLAY the GREATER GAME and JOIN the FOOTBALL BATTALION” 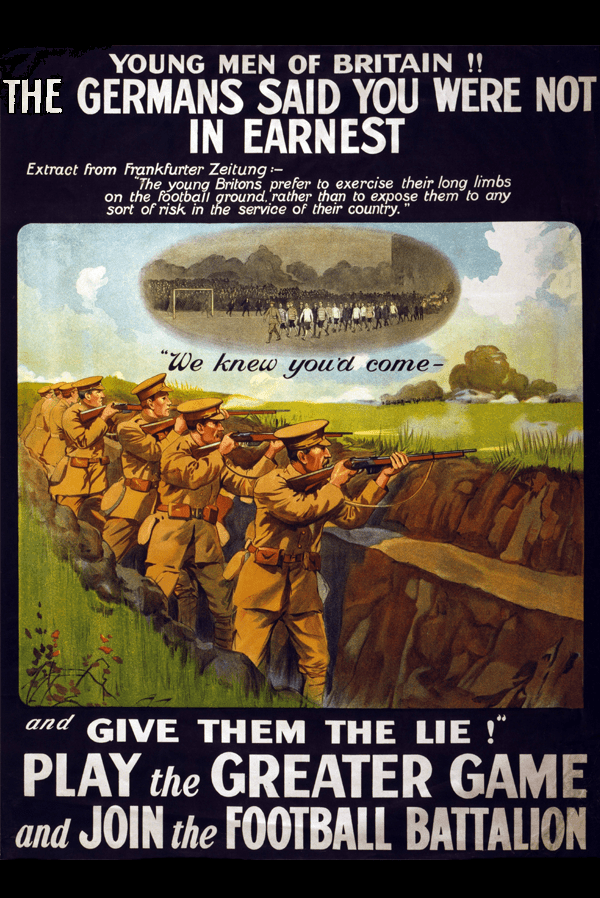 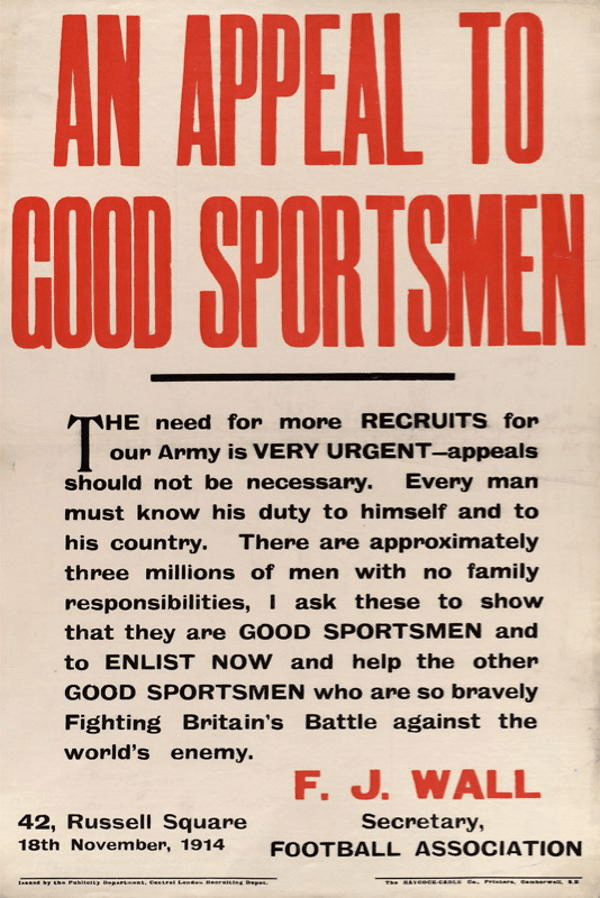 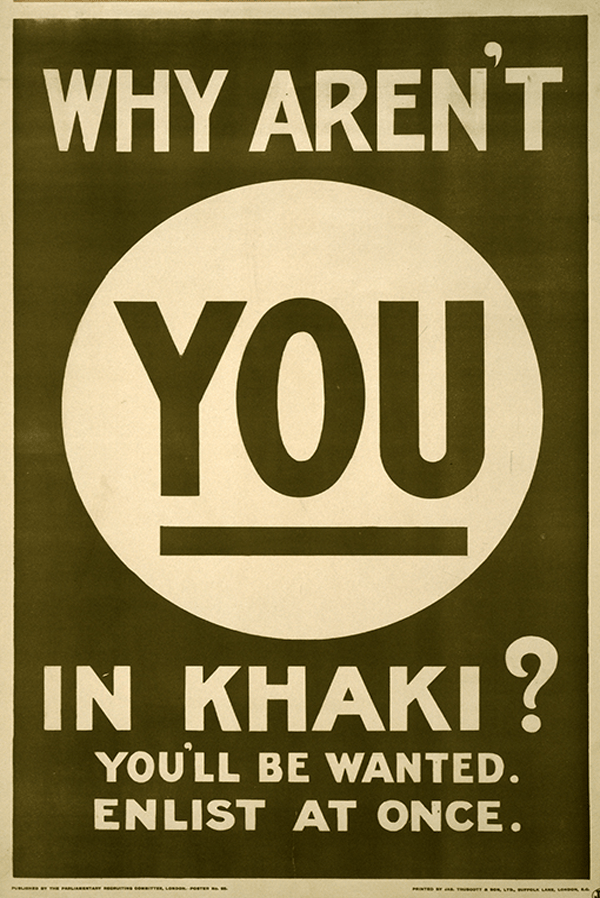 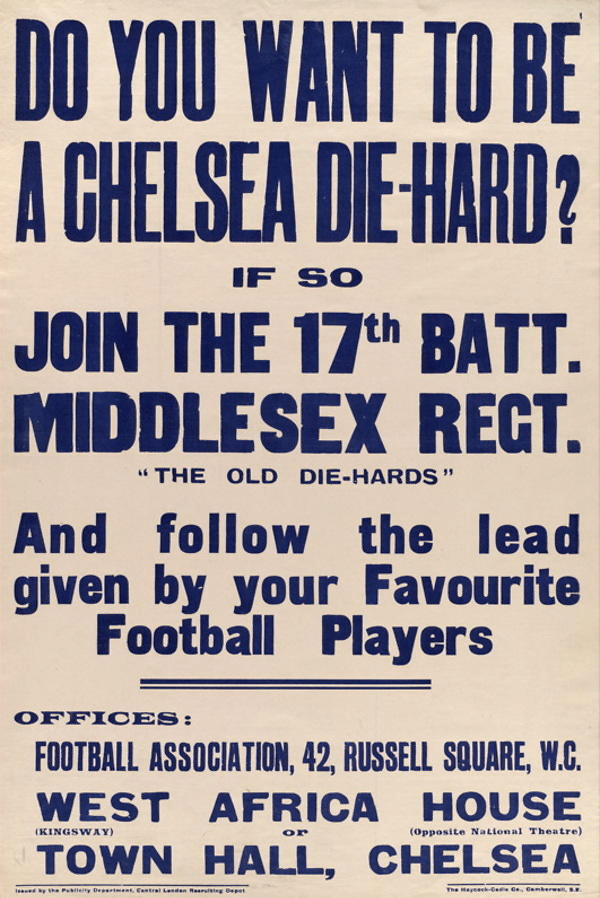 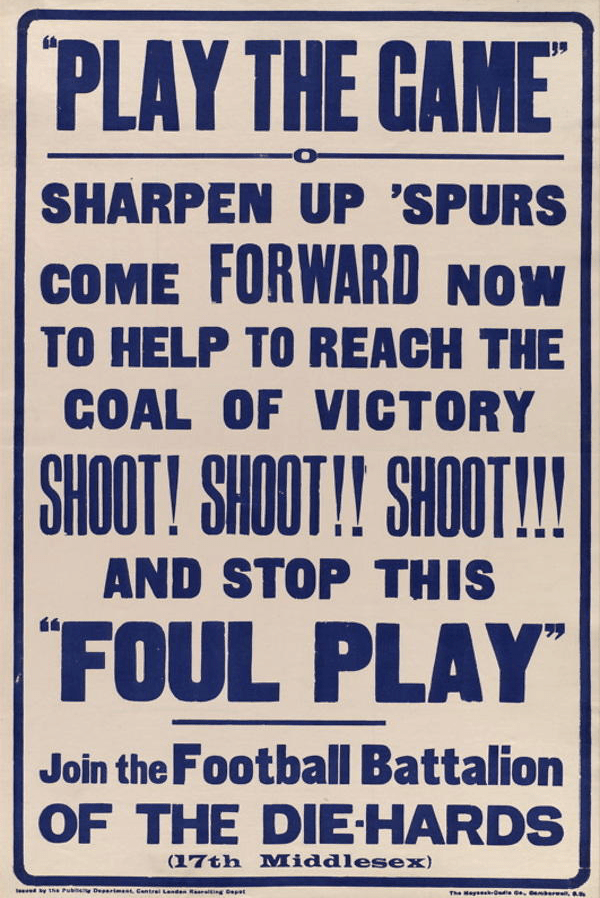 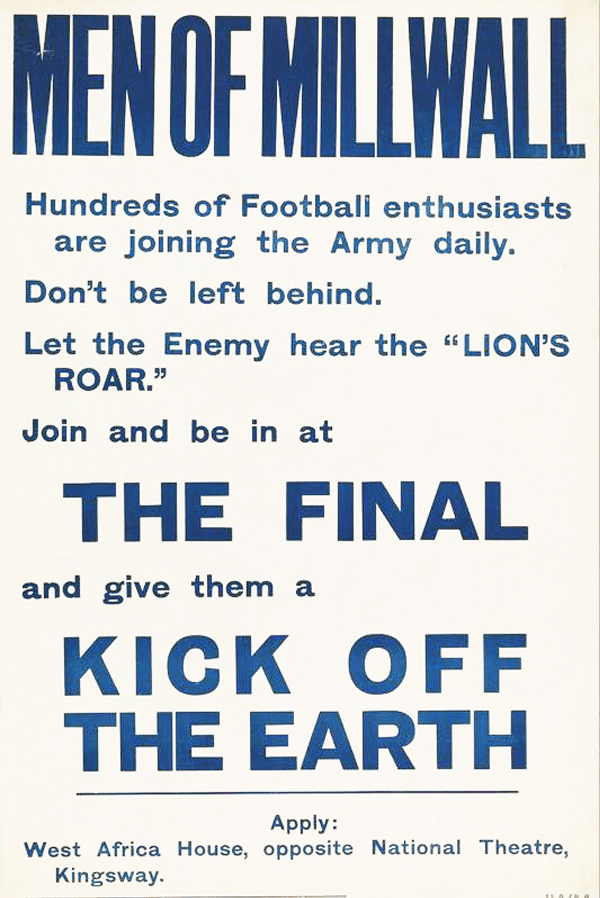 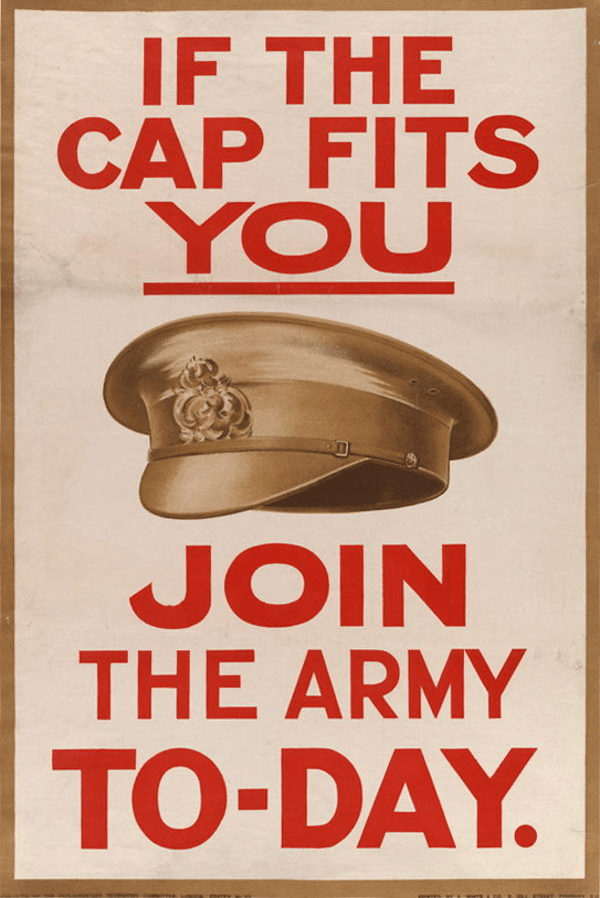 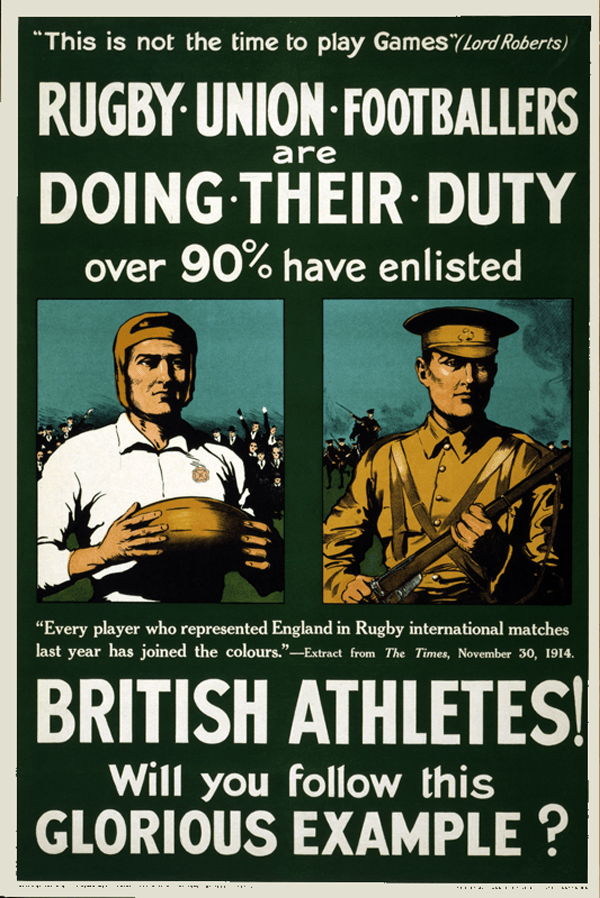 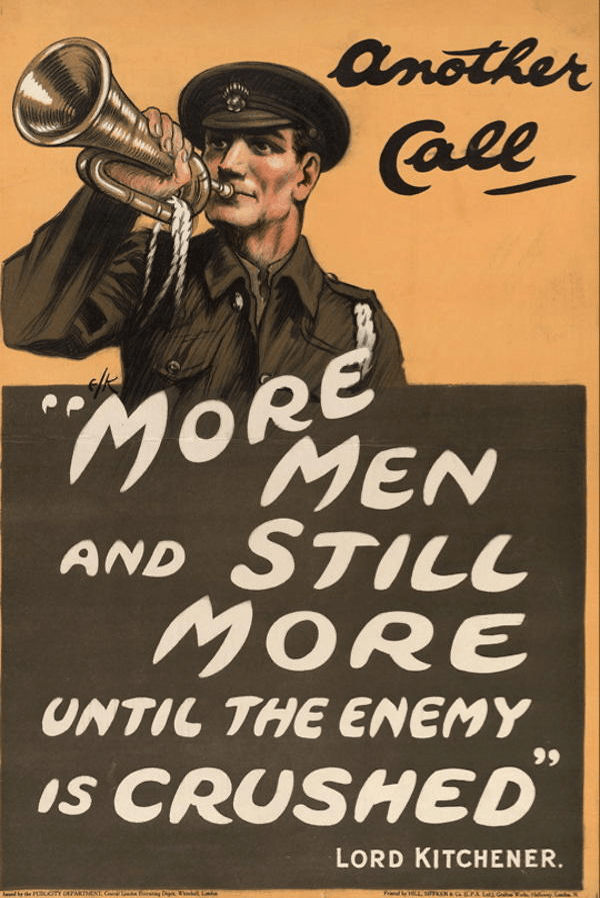 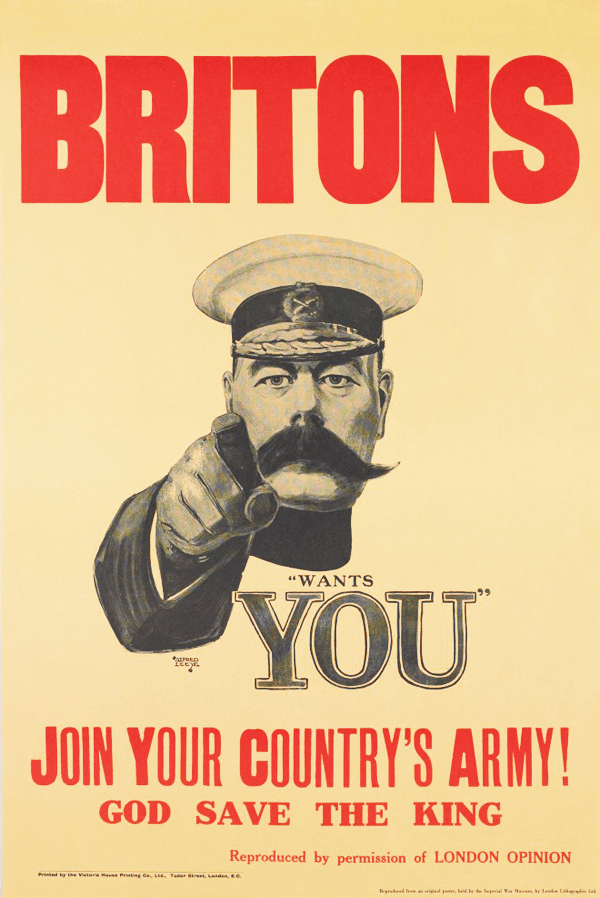 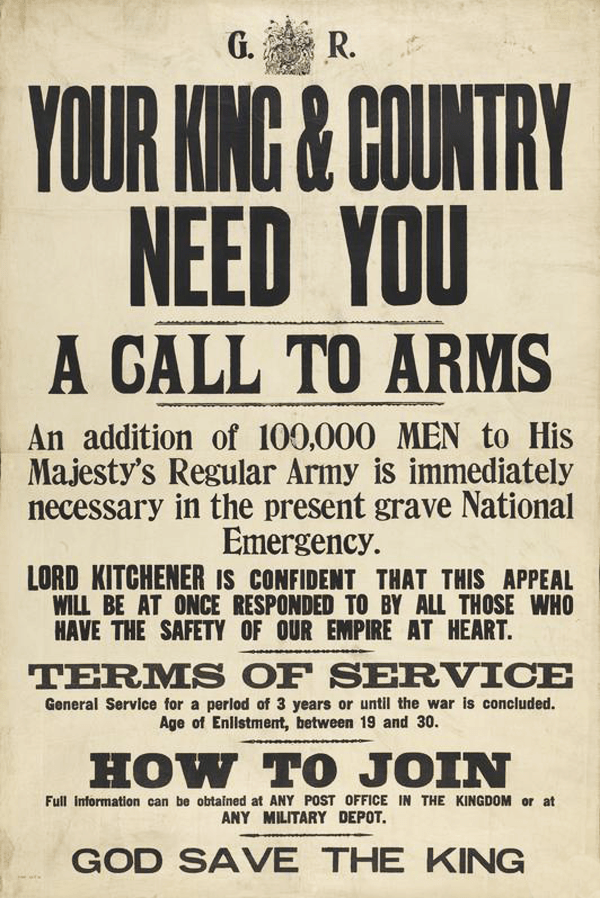 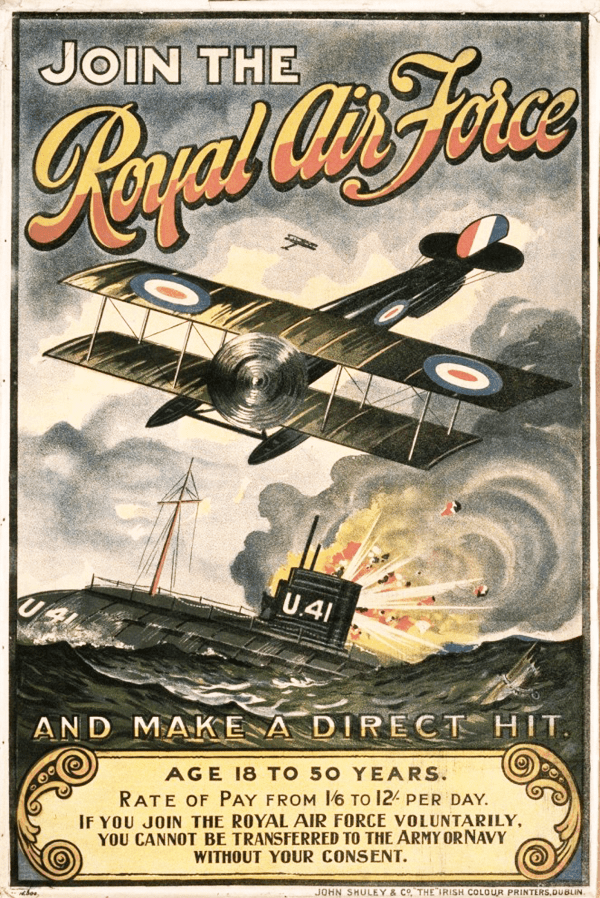 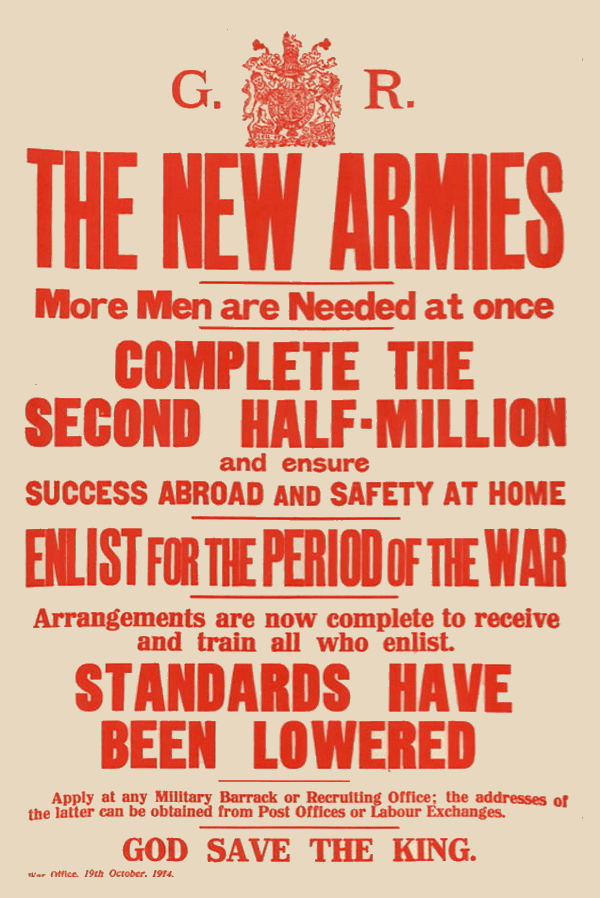 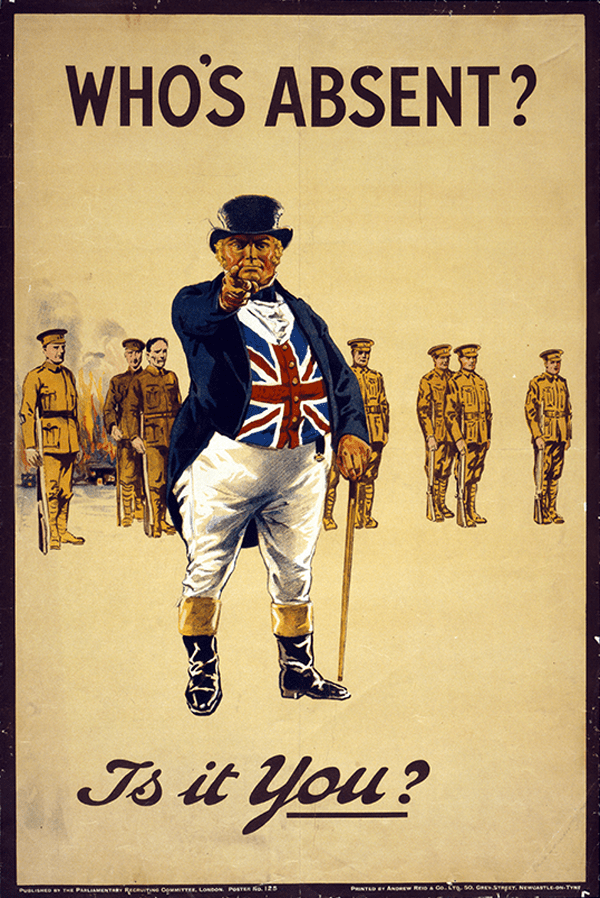 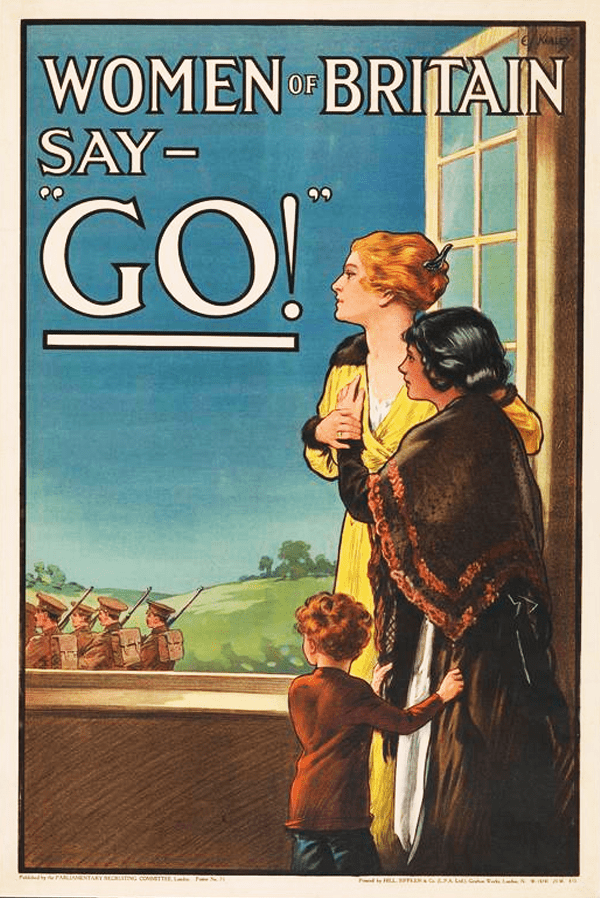 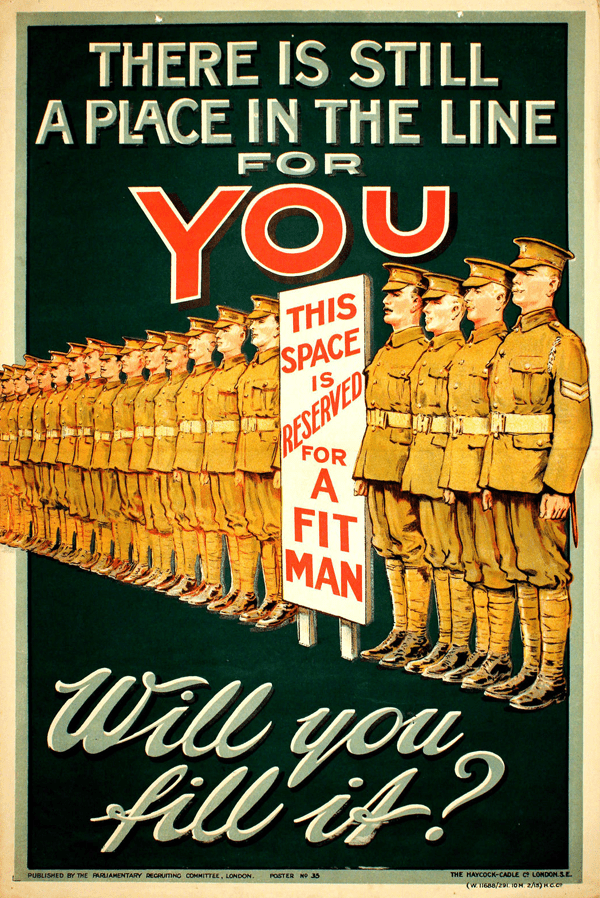 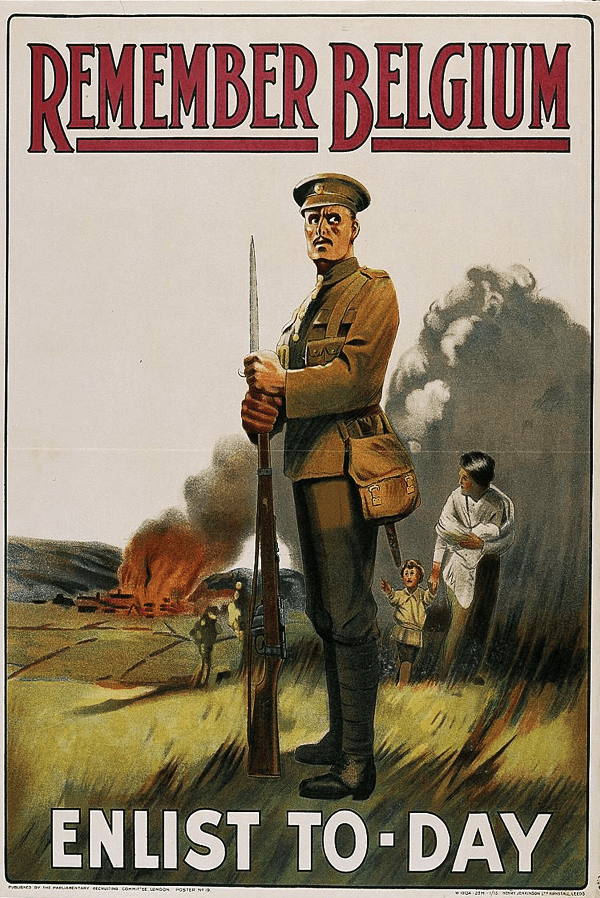 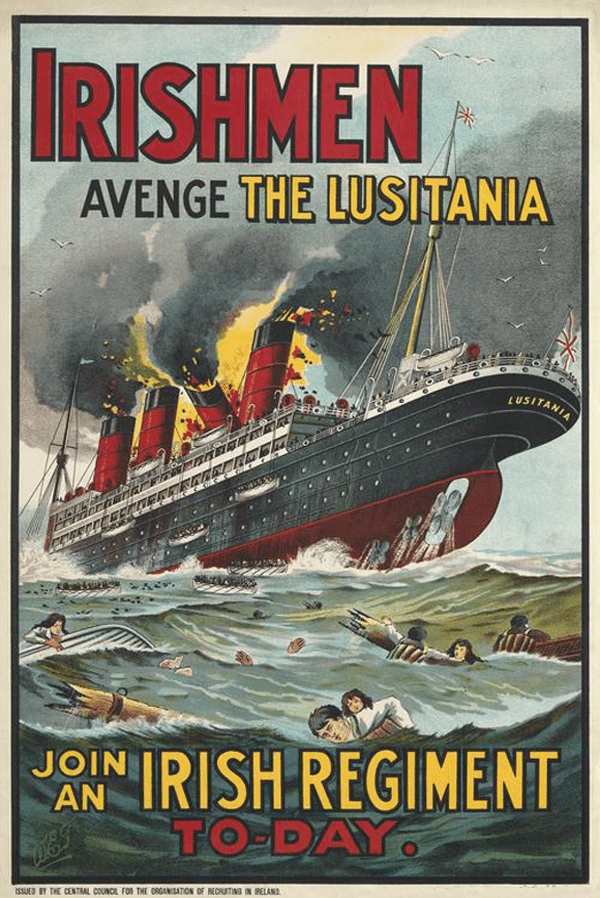