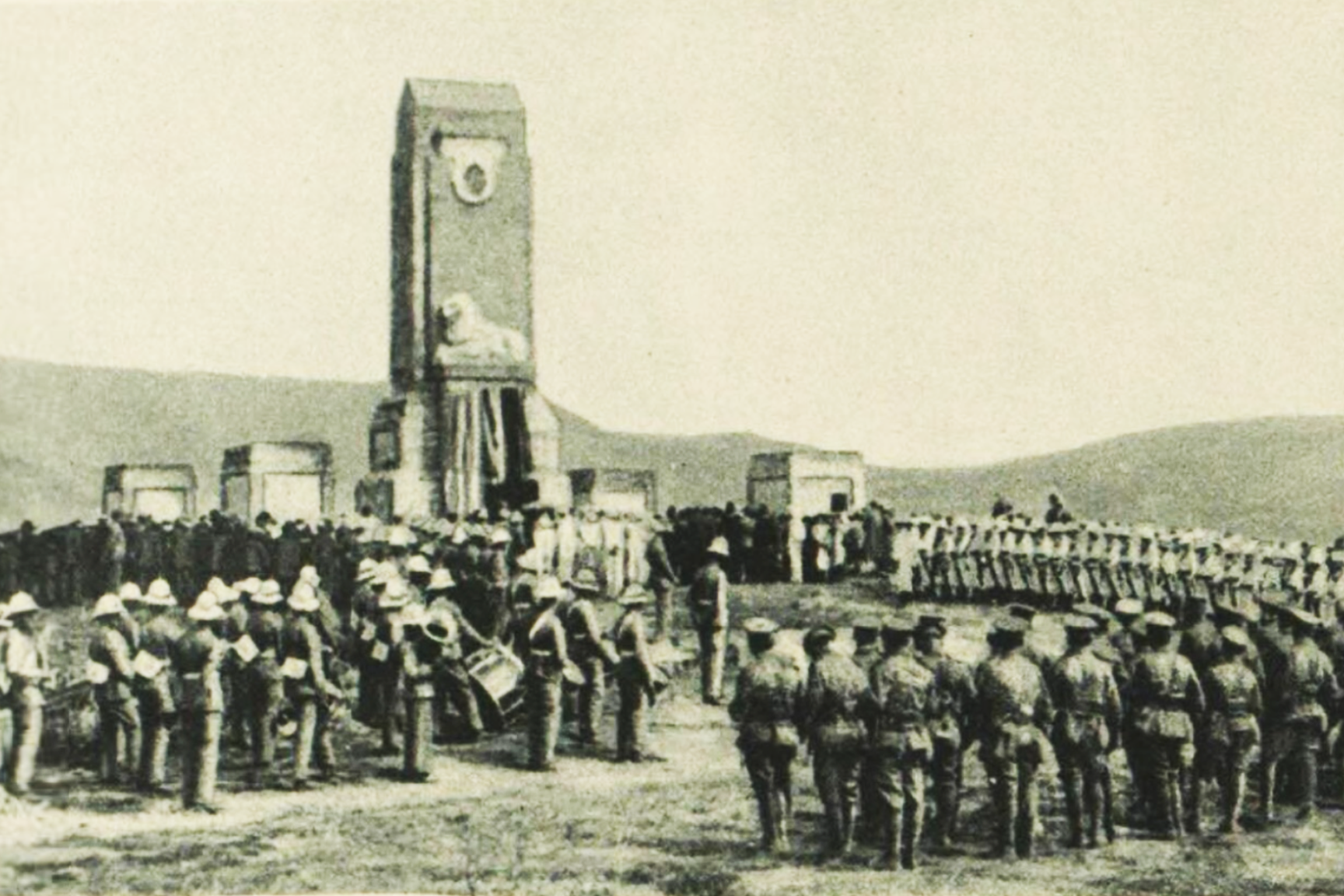 The Doiran Memorial is located near the Greek village of Doirani, close to the border with North Macedonia. It overlooks the southern shore of Lake Doiran, appoximately 70km north from the city of Thessaloniki, and stands abreast an area known as Colonial Hill during the First World War.

Designed by Sir Robert Lorimer, with sculptures by Walter Gilbert, the Doiran Memorial was officially unveilled by Sir George Macdonogh on 25 September 1926 and serves as both the Battle Memorial of the British Salonika Force (BSF) and a Memorial to the 2,171 officers and men of the BSF who lost their lives on the Macedonian front between 1915 and 1918 and who have no-known grave.

The area to the west and south-west of Lake Doiran experienced heavy fighting in 1917 and 1918, causing the majority of the casualties sustained by the BSF during the campaign in Macedonia. The First and Second Battles of Doiran were fought between 24 April and 9 May 1917 with the BSF suffering  5,024 casualties. Despite these losses,  the BSF failed to break Bulgarian resistance and a stalemate set in along the entire Salonika front.

On 18 September 1918, the BSF launched another assault, known as the Third Battle of Doiran, this time in support of a combined French and Serbian offensive that had broken Bulgarian defences in the mountains east of Monastir. The BSF were bolstered by the arrival of the Greek Crete and Serres Divisions, who played a lead role in two days of fierce fighting. Although the attack failed to dislodge the enemy from their positions, it did stop them sending men west of the River Vardar to help stem the French and Serbian advance. With their lines of communication now threatend, the Bulgarian Army began a full scale retreat on 20 September 1918 and subsequently signed an armistice that came into effect ten days later.

From their arrival in Salonika in October 1915 to the end of hostilities on 30 September 1918, the BSF suffered 26,207 casualties. Of these, 2,797 were killed in action, 1,299 died of wounds and 3,744 fell victim to disease. The drain on manpower due to sickness was significant with the BSF suffering 162,517 cases of malaria. The BSF were hampered throughout the campaign by widespread and unavoidable sickness and by continual diplomatic and personal differences with neutrals or Allies.

The Memorial was designed by Scottish architect Sir Robert Lorimer who, after being appointed Principal Architect to the Imperial War Graves Commission in 1918, would go on to design over three hundred war memorials in numerous countries between 1919 and 1927.  His design at Doiran features four piers placed to form a square around a central pylon structure that stands approximately 12 metres high. Each pier bears the names of the officers and men of the BSF that were killed during the campaign in Macedonia and who have no-known grave. The central pylon features two carved lions and stone wreathes by English sculptor Walter Gilbert. The main dedicatory inscription on the memorial, given in both English and Greek,  reads:

“In glorious memory of 418 officers and 10,282 other ranks of the British Salonika Force who died in Macedonia and Serbia 1915–1918 and to commemorate 1,979 of all ranks who have no known grave but whose names are on the panels. They did their duty.”

An further inscription reads: “The land on which this memorial stands, is the free gift of the Greek people for the perpetual commemoration of those of the British Salonika Force who fell in the war 1915–1918 and are honoured here.”

The memorial was officially unveiled by Lieutenant-General Sir George Mark Watson Macdonogh on 25 September 1926, with men from the Royal Navy’s HMS Resolution and the Greek Army providing a guard of honour.  A significant proportion of the funds raised to meet the cost of the memorial were met by officers and men who served at Salonika with the BSF during the War. The names of those commemorated on the Doiran Memorial were published by the Imperial War Graves Commission in 1929 in two volumes, forming number 37 in their memorial register series.

In 2014, a full structural renovation of the memorial was undertaken which saw the it receive an extensive clean and damaged stonework replaced. 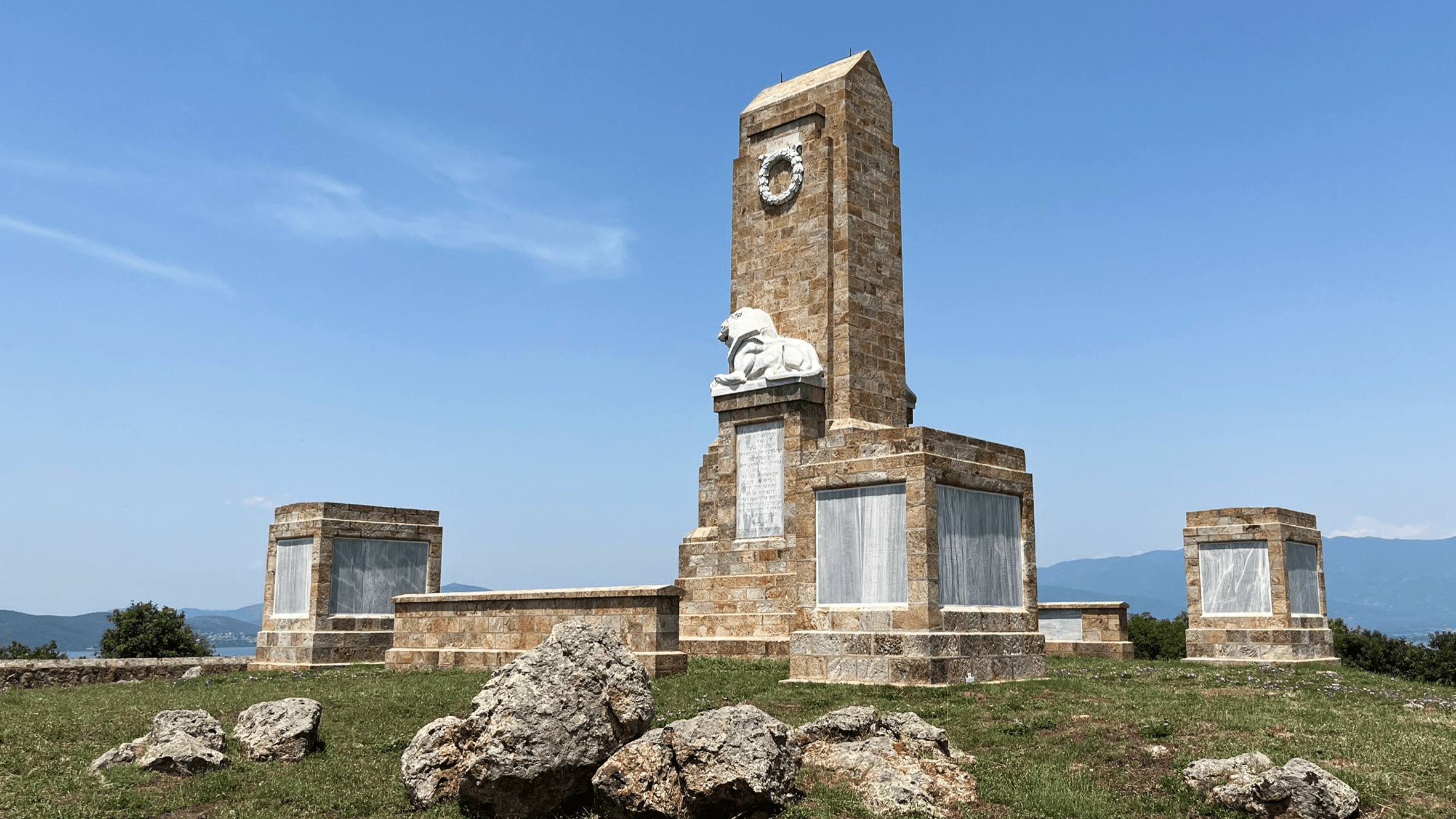 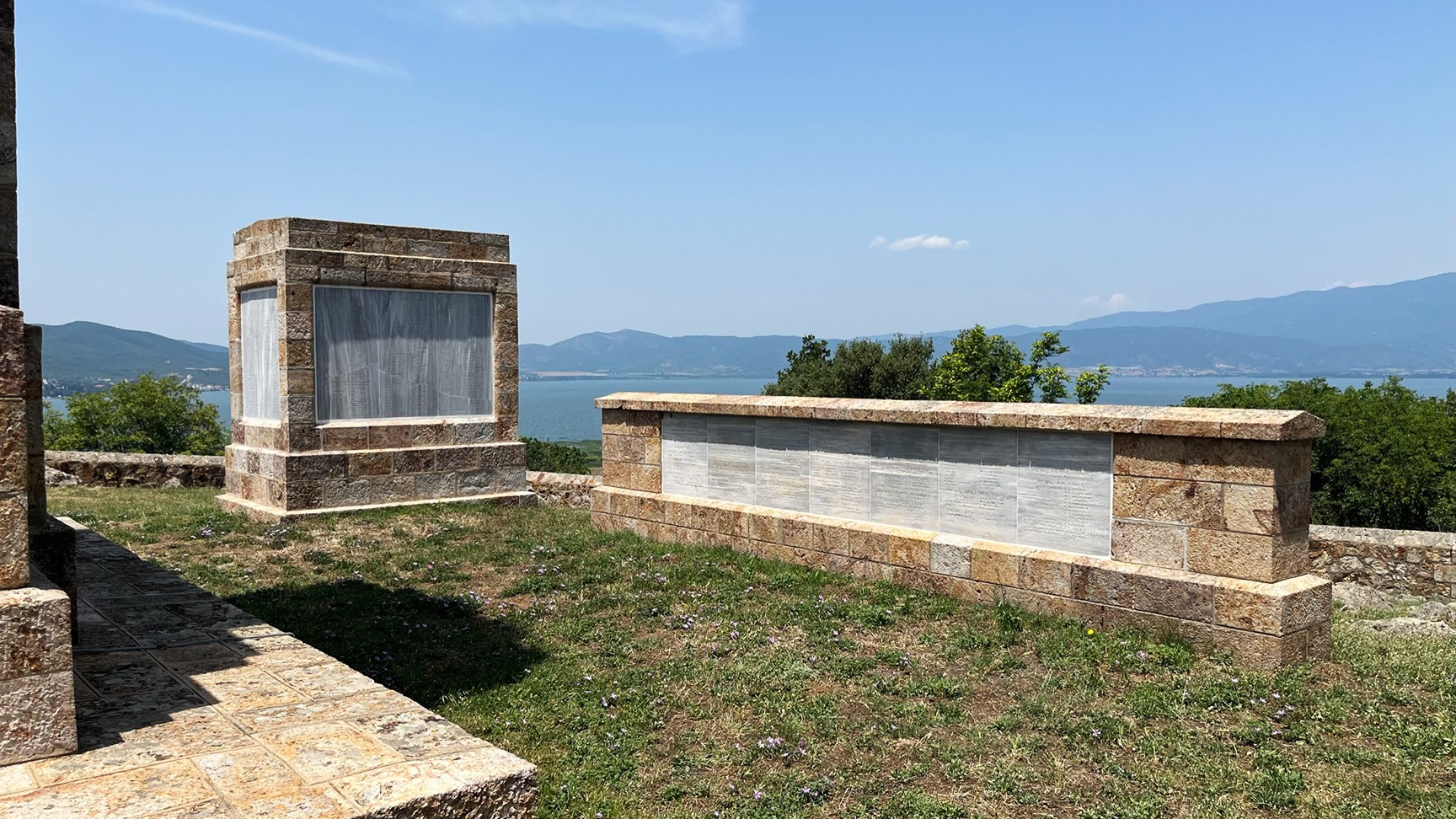 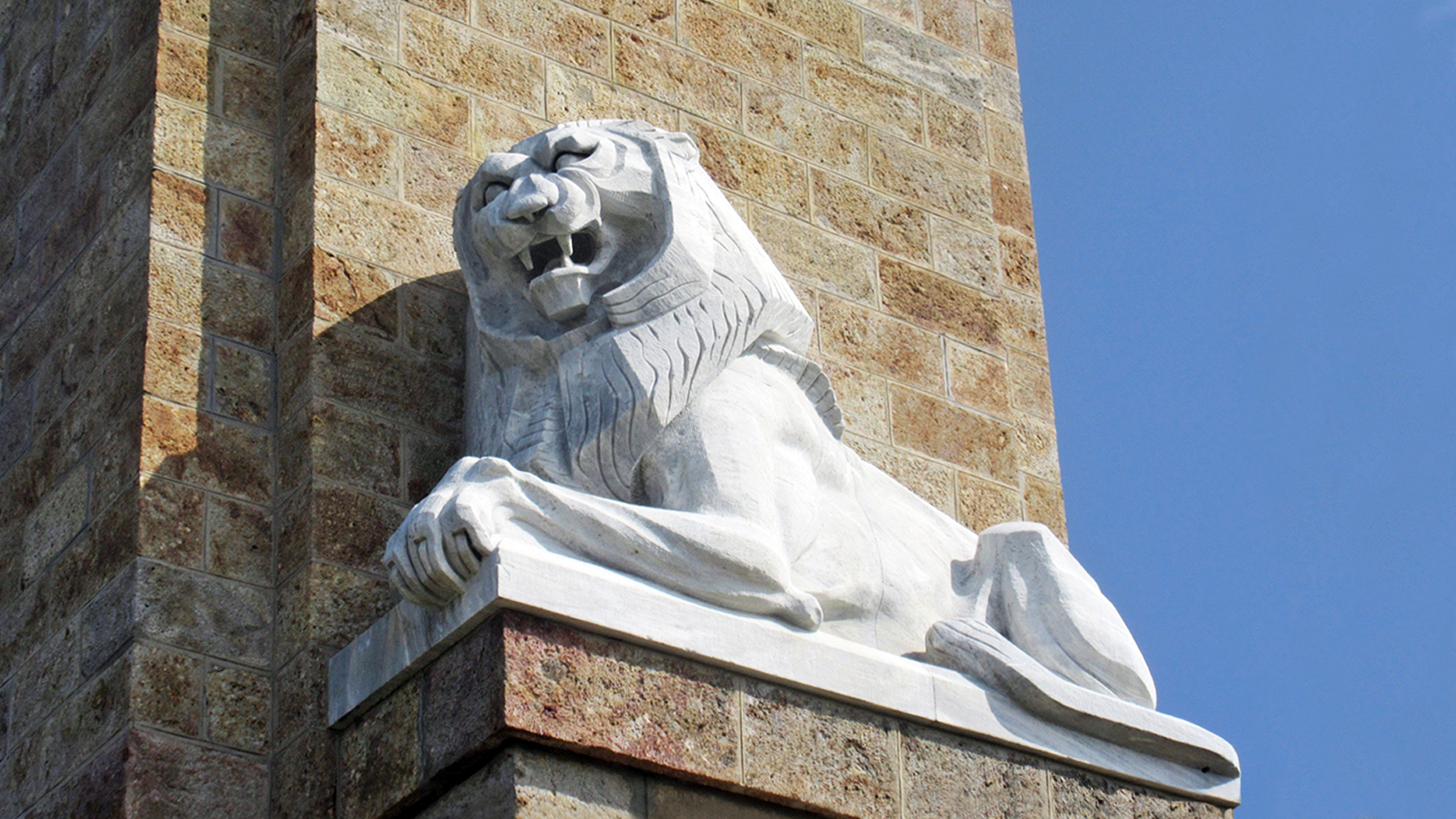 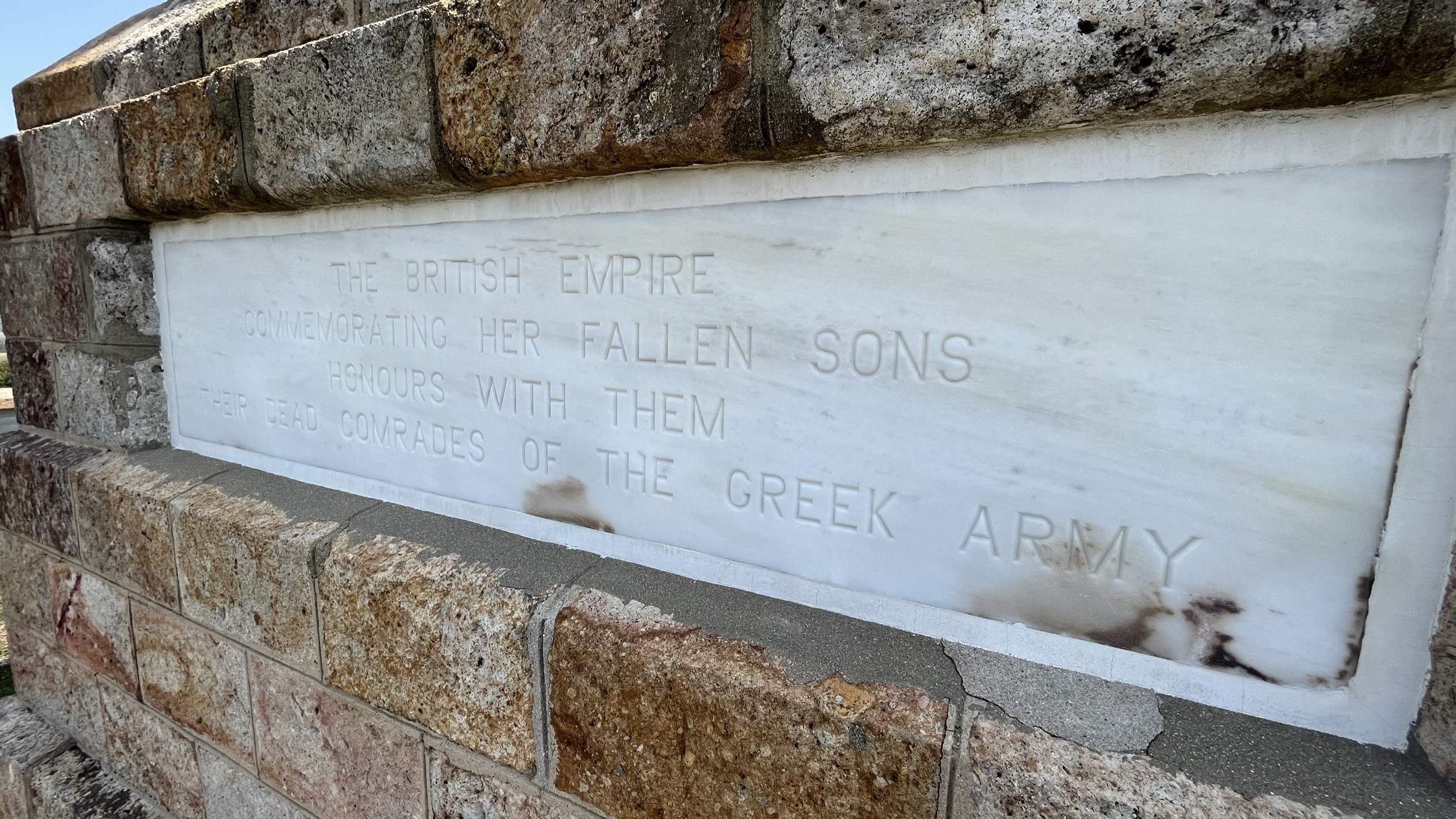 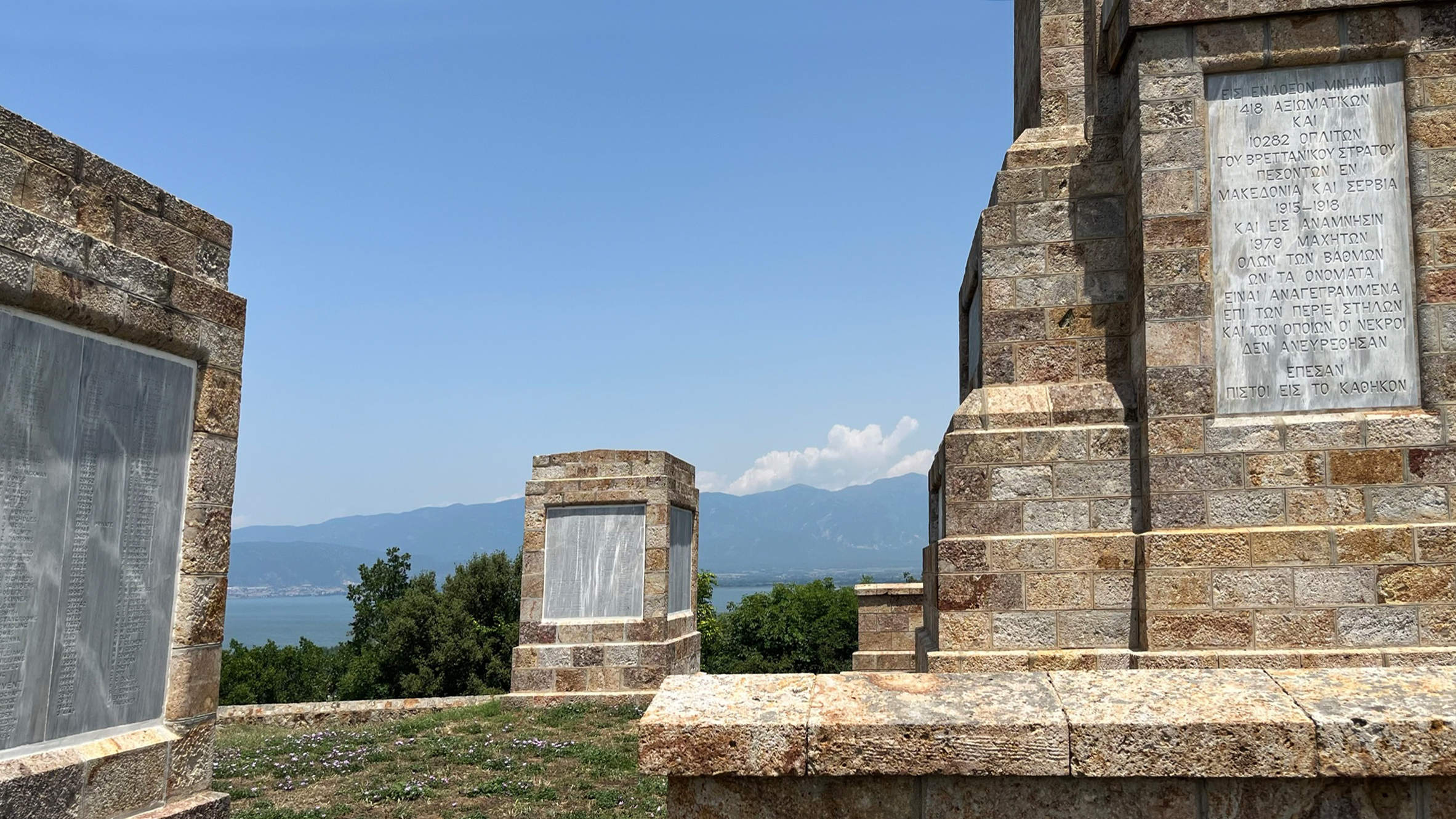 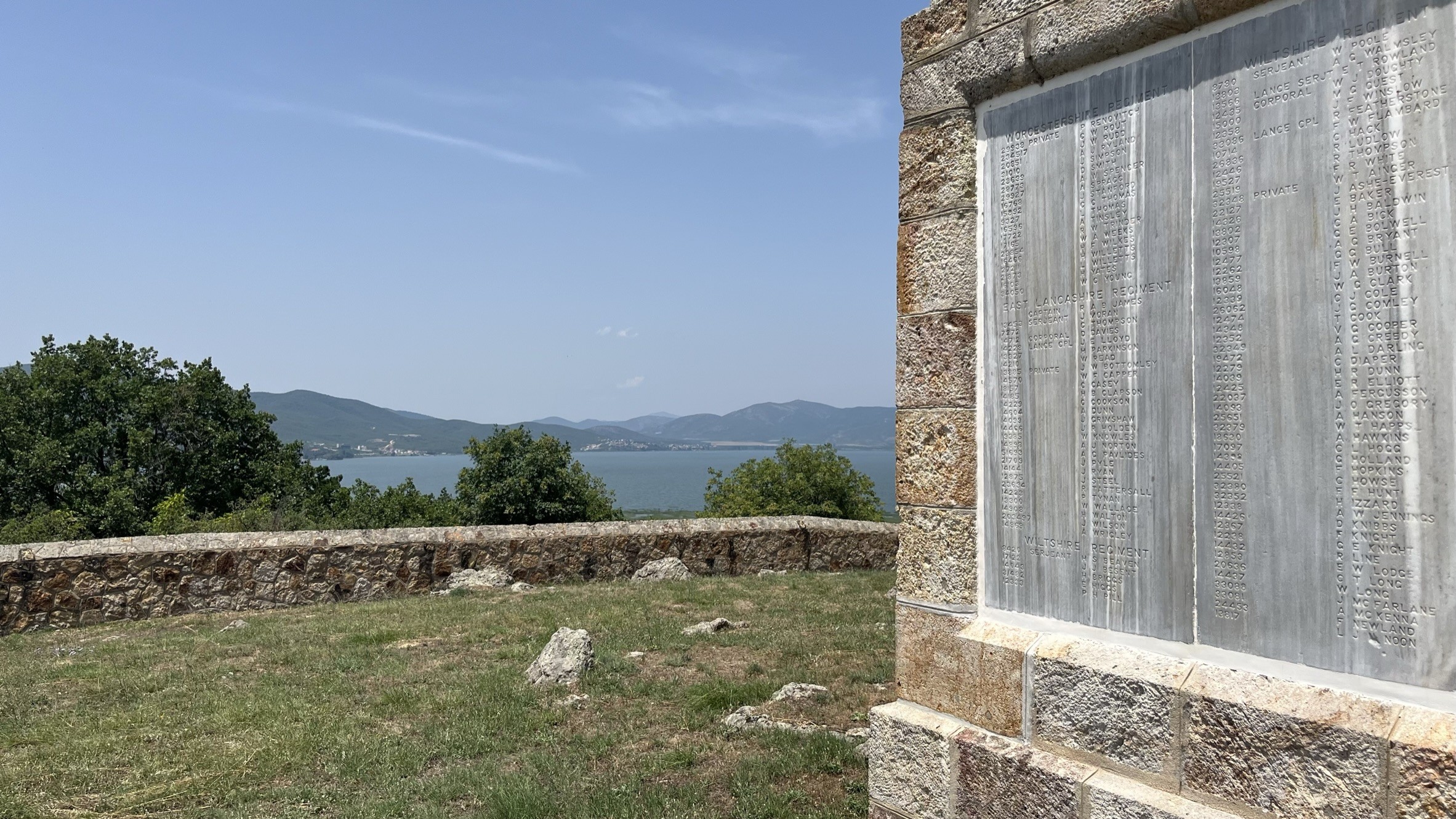