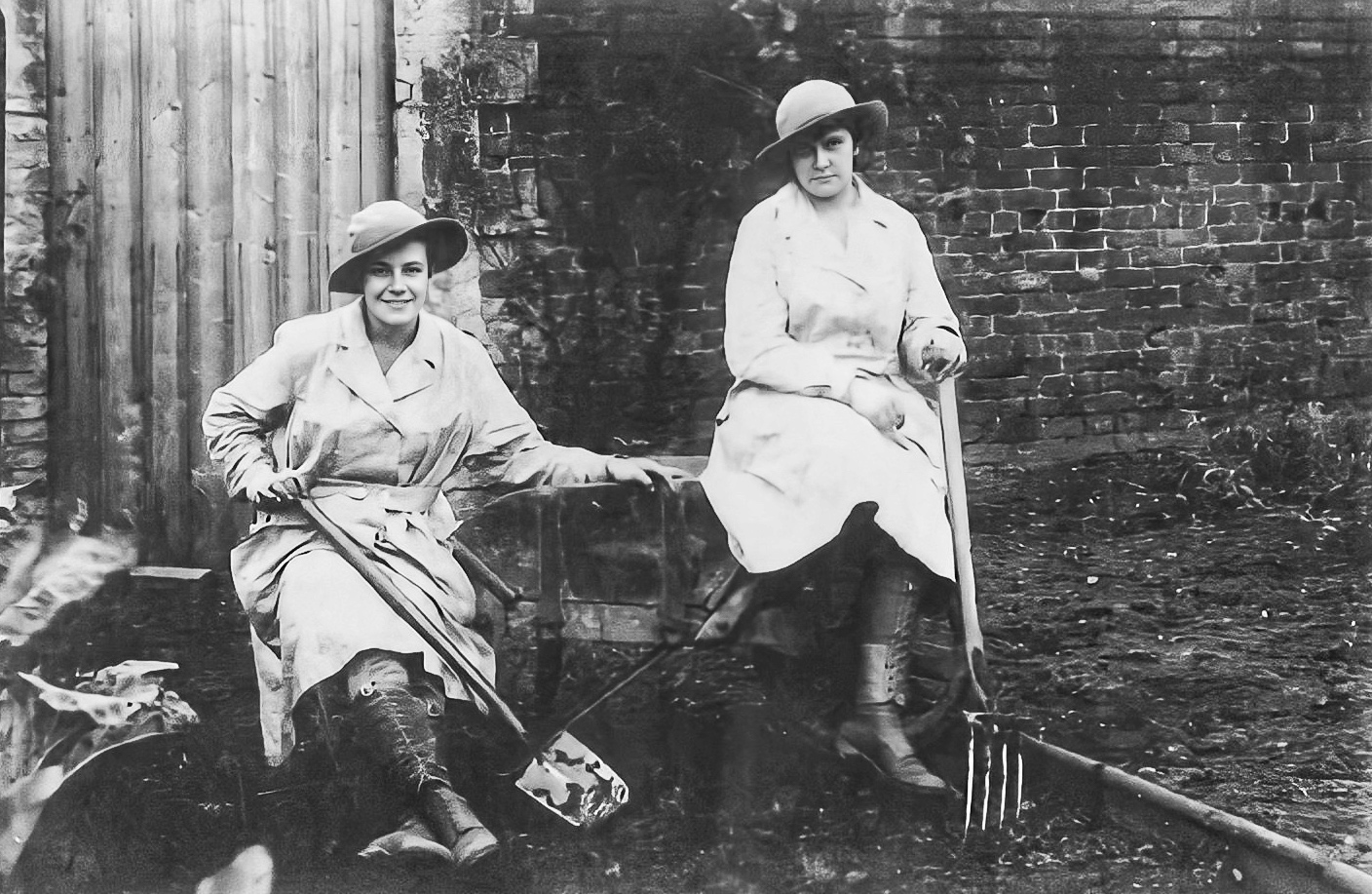 Despite its obvious age and awkward pose of its subjects, one cannot help but be impressed by the black and white photograph of Myfanwy Trippier and a friend taken during the First World War. Dressed in the conservative uniform of the Women’s Land Army, her face half-obscured by a wide-brimmed hat, the teenager still manages to convey an air of determination and wilful energy.

It should come as no surprise then to learn that the life of Myfanwy would prove rather more unorthodox than many who lived through that period, not least because she was among those pioneers of women’s football who helped the game flourish during the difficult years of the Great War.

Born in the Lancashire town of Eccles in 1900, Myfanwy Sarah Trippier was the only daughter of local builder and joiner Amos Trippier and his wife Mary, who would also raise five sons at their home on Trevelyan Street.

As was common in many working-class areas at the turn of the 20th Century, sport played an integral part in the early development of the Trippier siblings and Myfanwy’s brothers were all active members of Salford Harriers and Athletic Club, one of the oldest running clubs in the country.

The boys would soon excel on the sports field, unsurprising as their uncle was also a talented athlete who would narrowly miss out on representing his country at the Olympic Games, and would later also develop a keen interest in association football. It seems the sport was already of some interest to Amos Trippier, who had named his fourth son, Richard Meredith, after the celebrated Welsh footballer of the period, Billy Meredith.

As might be expected, Myfanwy Trippier would also inherit her family’s love of sport and the youngster would soon become a capable athlete herself. No doubt influenced by the exploits of her siblings, it seems likely that Myfanwy would also develop her life-long passion for football in the years leading up to the First World War.

In 1917, Myfanwy decided to join the Women’s Land Army, a civilian organistion created to assist the war effort through agricultural work, and was posted to Brinscall near Lancashire. It is unclear whether the teenager took part in any organised football during this period, however, with the women’s game gaining huge popularity during the war, it seems more than likely. 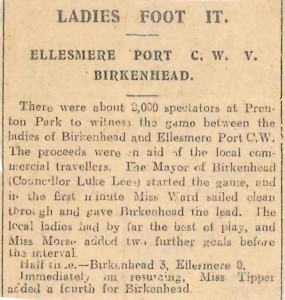 What is known is that Myfanwy Trippier played football in the immediate post-war period. Having turned out for Birkenhead, Birkenhead Park and Belmont, all based on the Wirral, Myfanwy was selected to play for Manchester Ladies in a game against their Cheshire counterparts at Eccles on Saturday 16 April 1921. Soon after, she received a letter inviting her to play for Bolton Ladies Football Club in a charity match on 13 August 1921.

In later life, Myfanwy retained her love for sport and in particular, football. During the Second World War she was even persuaded to compete in a race for young mothers at a soldier’s charity event, which she subsequently won despite being a 45-year-old mother of two!

Having achieved unexpected success during the First World War, the popularity of women’s football continued to grow following the armistice and would frequently draw larger crowds than the men’s equivalent. In 1921, the Football Association decided to take action to address, what was for them, an uncomfortable situation. Declaring the sport wholly unsuitable for female participants, the FA banned women’s football from the pitches of its member clubs, thus sending it into a steady decline that would last five decades.

Despite its subsequent struggle for survival, the Trippier family would retain an interest in the women’s game and in 1951, Albert Trippier was recorded as taking charge of a match at Raikes Park, Blackpool. The 51-year-old was, by that time, a well-known public official and had been appointed an Alderman of Eccles Town Council some years earlier.

In 1971, under pressure from UEFA, the FA were forced to rescind its ban and by 1993, the women’s game had come under direct control of English football’s governing body. In the decades that have followed, women’s football has grown immeasurably and now boasts record numbers of participants, with junior clubs reporting an ever-increasing list of female members.

On 23 November 2014, the English women’s national team made history by attracting 55,000 spectators to their first-ever game at the country’s traditional home of football, Wembley Stadium. Despite eventually losing the match against Germany 3-0, it is clear interest in the women’s game is now at its highest since the likes of Myfanwy Trippier stepped on to the pitch during its heyday in the years immediately following First World War.