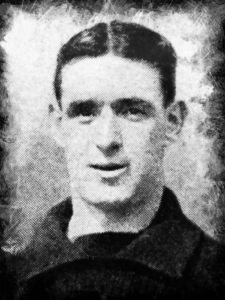 Philip Wright Bratley (1880-1959) was born in the Yorkshire town of Rawmarsh on 26 December 1880 and died in Rotherham during June 1959. A talented centre-half, Bratley played more than 150 games during a professional career that spanned two decades and served in the British Army during the First World War.

Phil Bratley began his senior football career at Doncaster Rovers, where he made his debut on 27 September 1902 in a 2-0 victory over Barnsley. After playing just two further games, Bratley left Doncaster to join Midlands League sides Rotherham Town.  He then moved to Rotherham County, who were also in the Midlands League.

In 1910, Bratley joined Second Division side Barnsley, where he would eventually play 122 games in all competitions and score eight goals. Bratley was also part of the Barnsley side that won the 1912 FA Cup, playing in both the drawn first game and the subsequent  1-0 replay victory over West Bromwich Albion.

Bratley joined Liverpool with Barnsley teammate Wilf Bartrop in the summer of 1914, making his debut in a 5-0 home defeat to Everton on 3 October 1914. He would go on to play 12 more games during the 1914/15 campaign, helping Liverpool to 13th place in the First Division. He then return to Yorkshire to work in the mines before being called into the British Army during the final months of the First World War.

Following the Armistice, Bratley signed for Rotherham United and went on to make 10 appearances for the Yorkshire side. He then had a brief spell at Worksop Town, before finally retiring from the game.

Bratley, who was married with two children, attested under Lord Derby’s Group Scheme on 11 December 1915 and was placed in the Army Reserve to await call-up. During this time, Bratley worked as a coal miner in Yorkshire. On 22 April 1918, Private 27841 Bratley was mobilised into the Coldstream Guards and underwent basic training at Caterham in Surrey. He was then posted to 5th (Reserve) Battalion, based at Victoria Barracks in Windsor, where he served until he was demobilised on 26 January 1919 and transferred to Class “Z” Army Reserve.