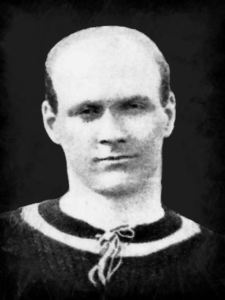 Samson Clement Whittaker ( 1888-1952) was born in Shelfield, Walsall on 12 August 1888 and died on 19 September 1952 in Wednesfield, Wolverhampton. A  determined and consistent wing-half, Whittaker played 68 matches for Aston Villa before the First World War, during which he served in the British Army.

Whittaker began his career at local outfit Shelfield Methodists before enjoying brief spells at Aldridge Arms, Rushall Red Cross and Bloxwich Strollers. In January 1908, Whittaker joined Aston Villa and was handed his debut against Bradford City in October that year.

Whittaker was then part of the squad that won the 1909/10 First Division title but did not play in the 1913 FA Cup Final when Villa beat Sunderland 1-0 at Crystal Palace. In all, Whittaker would eventually make 68 appearances at Villa Park and score six goals. He also played four wartime games for Villa during the First World War before eventually moving to Walsall where he finished his career.

Sapper WR336085 Whittaker was conscripted on 8 April 1918 and served in the Royal Engineers Inland Waterways and Docks. He was discharged from military service on 14 December 1918.