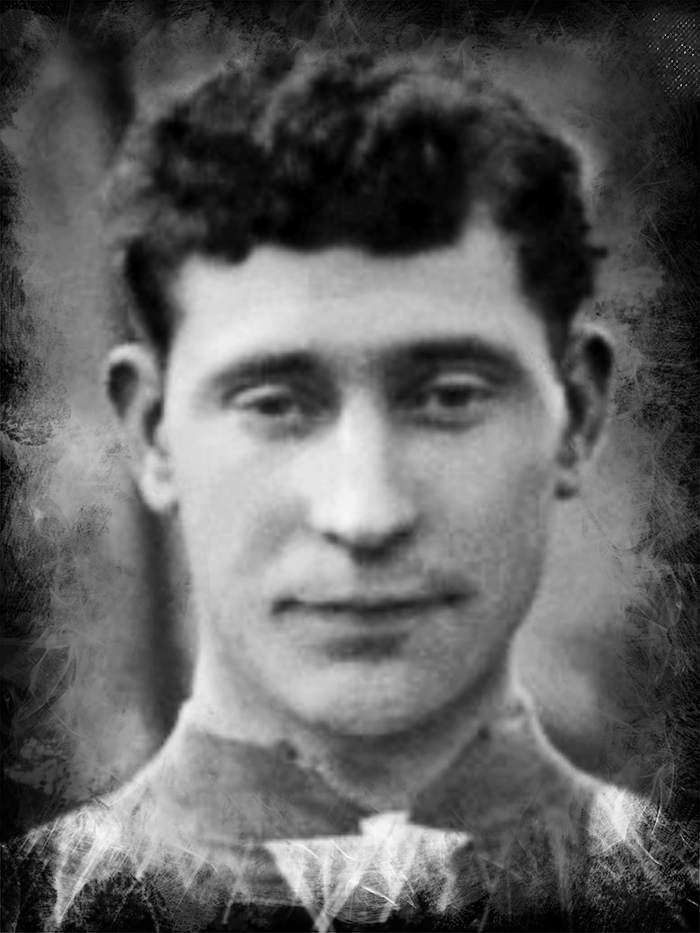 Thomas Savill Gipps (1888-1956) was born in 1888 in Walthamstow, East London and died there on 7 January 1956. A reliable and solid half-back, Gipps played three seasons in the Football League before the First World War, during which he served overseas as part of the British Army.

Gipps began his football career at local side Walthamstow Avenue, before impressing enough in a trial at Tottenham Hotspur to earn a move to White Hart Lane in 1907. Gipps subsequently struggled to establish himself in the first team, however, and eventually left Spurs to join Lancashire Combinations side, Barrow in 1910.

Gipps short time in Cumbria was to prove one of the most successful of his career and he formed a dominant half-back line with teammates Gallacher and Atkinson. In his one full season at Barrow, Gipps helped his side to fourth spot in Division One of the Combination and caught the attention of a number of bigger clubs after some impressive performances.

In May 1912, Manchester United persuaded Gipps to move to Old Trafford, where the 24-year-old made his debut on 25 December 1912 in a 4-1 win at Chelsea. He then featured in the return match on Boxing Day as United ran out winners again, this time by a score of 4-2. Gipps would feature more frequently during the 1913/14 season, sharing half-back responsibilities with Dick Duckworth, Mickey Hamill, Joseph Haywood and George Hunter, and would eventually finish the campaign having played 11 games.

In 1914/15, Gipps continued to vie for a spot in the starting XI and finished the season with 1o appearances under his belt. With official competition then suspended for the duration of the war, Gipps continued to play for United in the new Wartime league and would turn out 34 times during the 1915/16 season.

Having joined the British Army soon after the end of the 1915/16 campaign, Gipps returned to re-register with Manchester United following the end of the First World War. Gipps was to play no further games for the club, however, and was eventually released on a free transfer in May 1920.

Private DM2/179124 Gipps joined the Army Service Corps (ASC) in mid-1916 and subsequently served overseas.  He was demobilised in 1919 and returned to the north-west to rejoin Manchester United.  Gipps later moved back to Essex, where he lived at 3 Station Road in Walthamstow until his death as a 68-year-old on 7 January 1956. The National Probate Calendar for England & Wales records that Thomas Gipps left £4437 18s to his widow, Alice, following his death.