AGAINST ALL ODDS - THE STORY OF WILLIAM LUKE 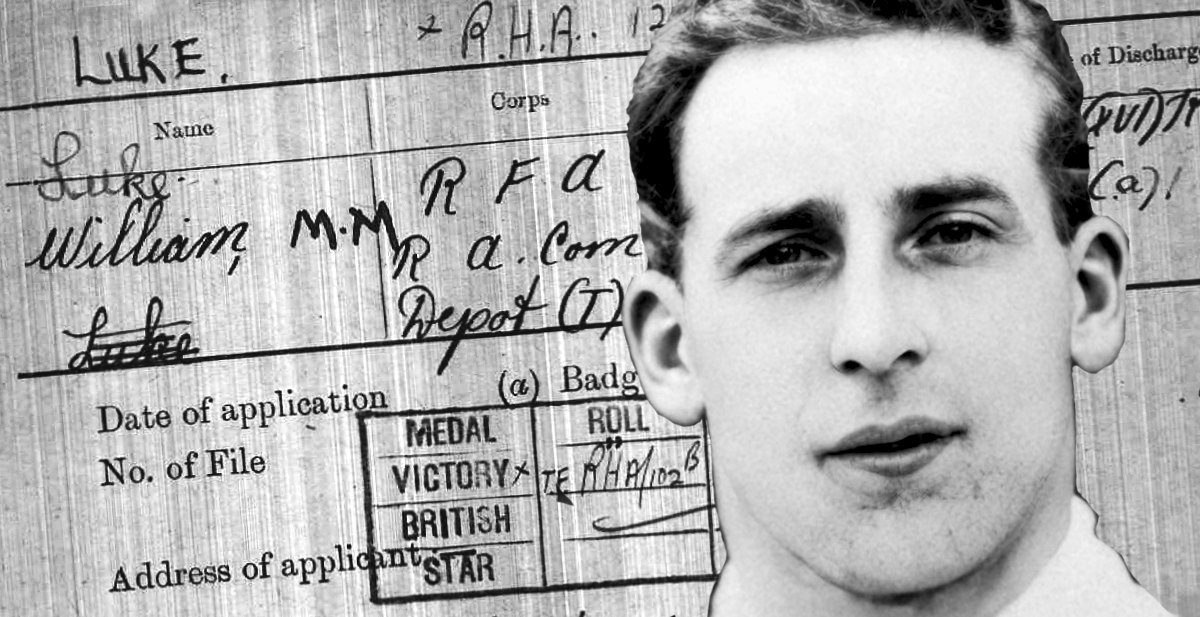 William Luke was a former professional footballer for Preston North End and Hartlepool United who saw his career ended after being seriously wounded serving in the British Army during World War One.

Born in the Northumbrian village of Acklington on 17 December 1890, William Luke began his football career at local amateur side Trimden Grange before moving to Bedlington United of the North Eastern League in 1911.  After establishing himself in the starting XI at his new club, Luke attracted interest from a number of the country’s bigger sides and in 1912 he was persuaded to leave the north-east and sign for Preston North End, then in the second tier of English football.

Luke was handed his debut in a 1-1 draw with Stockport County on 2 September 1912, and would go on to score two goals in eight games as North End won promotion as champions of the Second Division. The winger would find further playing opportunities difficult to come by, however, and in the summer of 1913 Luke left Lancashire to sign for Hartlepool United. After spending two seasons at Victoria Park, the Great War brought Luke’s football career to a halt and he took the decision to join the British Army.

After enlisting in the Royal Field Artillery (RFA) on 28 October 1915, Driver 610365 Luke was posted to No. 4 Depot RFA in Woolwich for army training. Soon after, he was sent to 3A Reserve Brigade at Larkhill before moving back to Woolwich in June 1916, this time to join 4A Reserve Brigade.  On 2 July 1916, Luke finally arrived in France with A Battery of the 223rd Brigade RFA, a newly-formed unit that had been created from the 2/1 Leicestershire Battery of the Royal Horse Artillery. Consisting of 18-pounder field guns, A Battery and 223rd Brigade would subsequently serve with the 63rd (Royal Naval) Division for the duration of the war.

The RND would be thrown into heavy fighting during the final phase of the Battle of the Somme, when Luke’s battery would be part of the artillery support for the assault on the village of Beaucourt.  After bitter fighting in poor conditions, the village was finally capture on 14 November 1916. Four days later, the Somme offensive was brought to an end.

After spending the winter of 1916 on the Somme front, 223rd Brigade moved to lines east of Arras in April 1917 where British forces were set to launch a new offensive against the fortified defences of the Hindenburg Line. On 9 April 1917, Luke was seriously wounded in the right leg and evacuated to the rear. Soon after he was recommended for the Military Medal.

Having been evacuated to hospital in Britain, Luke’s Military Medal was confirmed in The London Gazette on 18 July 1917. After prolonged medical treatment, Luke’s injuries were deemed severe enough to see him discharged from the army on 1 August 1918. They also brought an end to his football career. Despite his injuries, Luke would adapt well to life after the war and would live a long and fulfilled life. By the time he eventually died aged 102 in January 1992, Luke was the oldest surviving former professional player in the country.