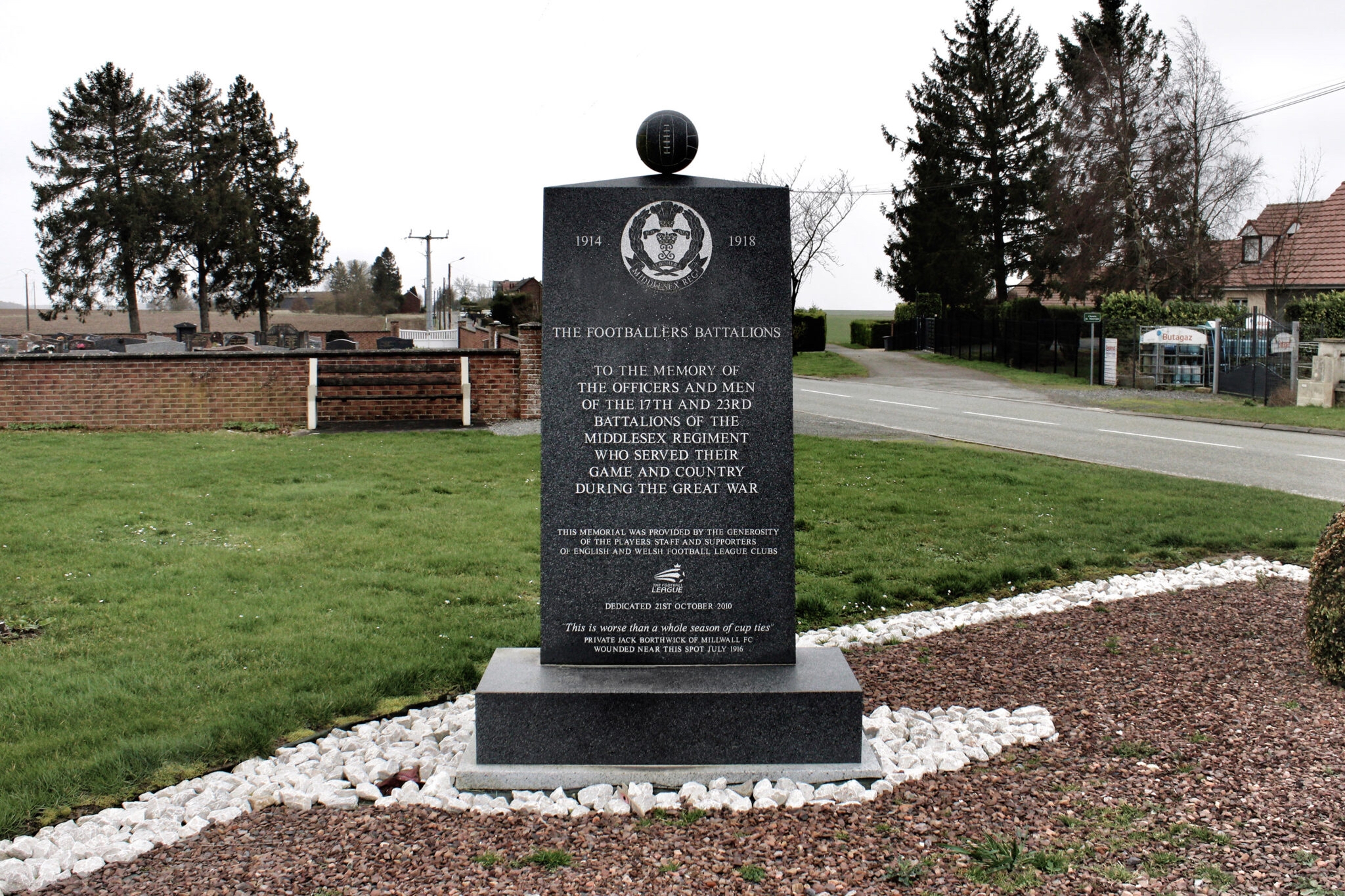 The memorial to the 17th and 23rd (Service) Battalions of the Middlesex Regiment is located in the French village of Longueval and was officially unveiled on Thursday 21 October 2010 by the Chairman of the Football League, Greg Clarke.

Situated at the junction of the Rue de Guillemont and Route de Ginchy, the memorial stands at the south-western edge of Delville Wood, where the 17th Battalion suffered heavy casualties during efforts to capture the area in July 1916. It is easily seen from the road and can be reached from the car park at Delville Wood, which is located 100 metres past the memorial on the left hand side.

Funds for the memorial were raised by players, staff and supporters from the English and Welsh clubs of the Football League, working under a campaign led by former Notts County striker and current Football League Trust Youth Development Officer Phil Stant, himself a veteran of the Falklands War of 1982.

Representatives from more than 20 clubs attended the official unveiling ceremony, which was conducted by Father Owen Beament of Millwall Football Club, while Wycombe Wanderers player Gareth Ainsworth blew the whistle to commence a two minute silence.

The 1st Footballers’ Battalion, the 17th (Service) Battalion of the Middlesex Regiment, was raised on 15 December 1914 during a meeting at Fulham Town Hall. Overseen by Conservative MP William Joynson-Hicks, some 35 professional footballers joined the immediately, including Bradford City defender Frank Buckley who is believed to have been its very first recruit.

More than 300 professional players, from around fifty clubs, were to enlist in the Footballers’ Battalion over the next few months, where they were joined by amateur players, referees, club officials and supporters. By May 1915, a decision was taken to raise a 2nd Footballers’ Battalion, officially named the 23rd (Service) Battalion, the Middlesex Regiment.

The 17th Middlesex landed in France at the end of 1915 and would go on to see heavy action at the battles of the Somme, Arras and Cambrai.  The was disbanded in February 1918 as the British Army reorganised due to a shortage in manpower.

The 23rd Middlesex, meanwhile, arrived on the Western Front in May 1916 and fought on the Somme before going on to take part in the battles of Messines and Third Ypres in 1917. The was transferred to Italy in November 1917 but returned to France in 1918, where it served until the armistice.

Read a full history of the Footballers’ Battalion  here 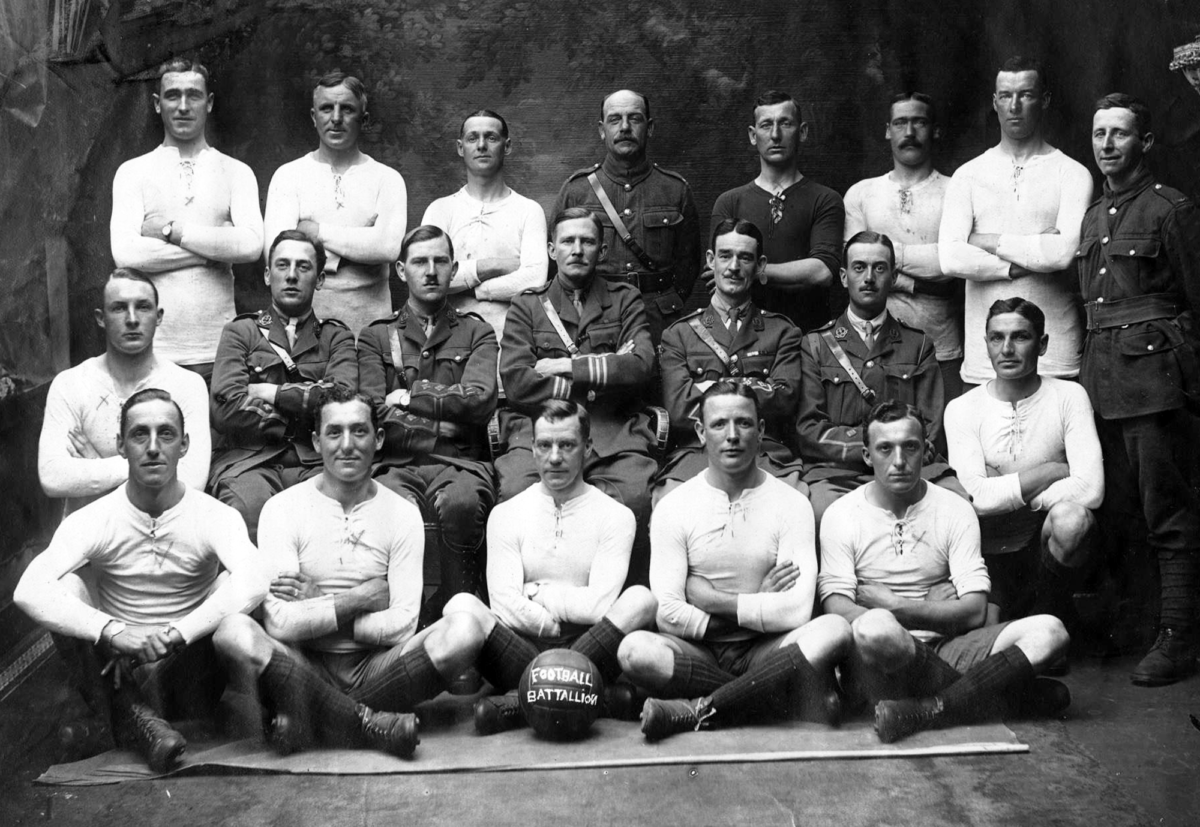